One of the things that most fairy tales have in common is that there is typically someone who lives in a castle or palace. This is one of the most desirable places to live. However, for the vast majority of the world’s residents it is not possible to live in either a castle or a palace. For those there are many castles and palaces around the world that allow visitors to tour and visit the grounds. Some of these are still residences which means that certain areas are not open to visitors, others offer more for the visitor to see. By looking at some of the world’s largest largest castles and palaces, you will be sure to have an incredible experience whether it be on your own or with your family.

Malbork Castle is the largest castle in the world. This castle is enclosed within a thick fortress that features thick walls. It was constructed during the 13th century by Teutonic Knights. Teutonic Knights were part of a Roman Catholic religious order that was based out of Germany. In 1466 the Polish monarchy called Malbork Castle home. Today the castle has been fully restored to its original splendor and it has earned itself the title of being a UNESCO World Heritage Site. You can visit the castle and check out some of its interesting attractions which include: a museum displaying medieval works, a monastery, and a large palace. The museum is actually home to items that were identified as part of the Teutonic Knights, medieval works, and medieval weapons. 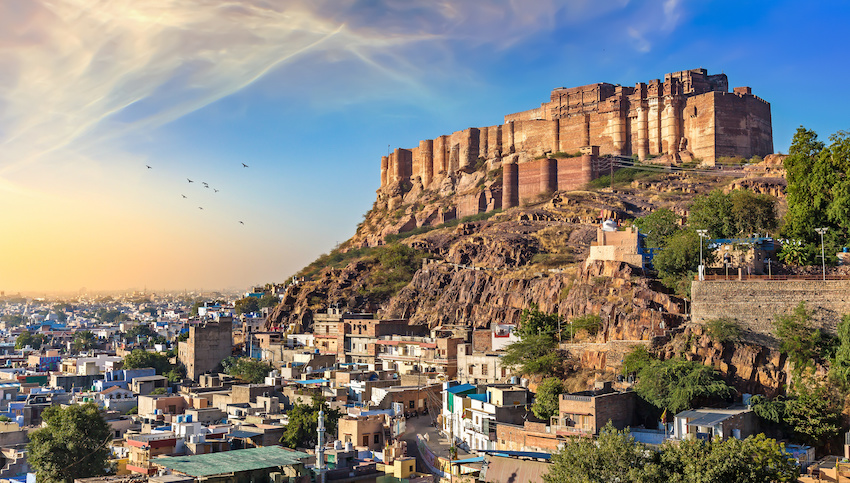 Mehrangarh Fort is a site to see. The castle actually rises out of the city and stands more than four hundred feet tall. The courtyard surrounding the castle has thick walls and was built as a strong fortress to protect those who were within the walls. Inside the fortress there are many palaces, intricate carvings, and expansive courtyards. The castle was built in 1459, but went through a series of changes and construction. In fact, most of the structures that are still standing were not built until the 17th century. 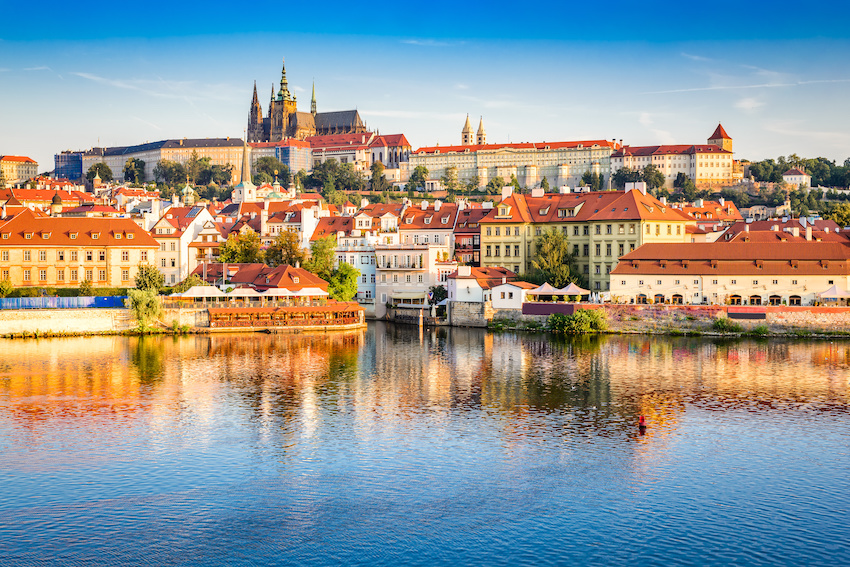 Prague Castle was constructed in 880 A.D. This castle has since been standing and has been home to the Czech monarchy every since. While not the biggest castle in the world, it is the most recognizable landmark in the Czech Republic. In addition to housing the monarchy, the castle has historically been home to Holy Roman emperors and many religious leaders. Today it is the house for the the heads of state. Today the castle is also home to many archeological finds, many pieces of historical information, and lots of artifacts. In addition to seeing this, you can check out tower views, the Saint Vitus Cathedral, and the gothic architecture. The Saint Vitus Cathedral is home to many of the crown jewels. Plus, you can visit one of the many galleries that are located inside the Prague Castle or in the surrounding areas. 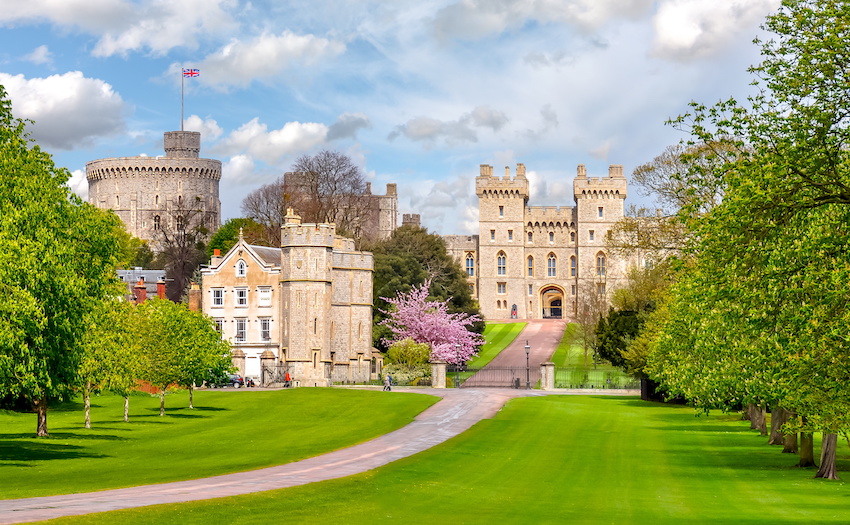 Windsor Castle is the biggest castle in England. Today it remains the oldest and largest castle that is inhabited by people. Queen Elizabeth II uses this castle as one of her main places of residence. Each year, she spends several of her weekends inside the castle. In addition, this castle remains used for many state functions and some private events. The castle includes some very interesting structures which include, Queen Mary’s dollhouse, St. George’s Chapel, and state apartments. There is also an area of the castle that offers burial sites to ten of the former monarchs. These include the controversial Henry VII and his wife Jane Seymour. The castle was constructed in the 1070s and features an interesting construction.

Hohensalzburg Castle is also known as Hohensalzburg Fortress. It is one of the best preserved citadels in the entire world. This castle is among the biggest medieval castles that still stands in Central Europe. The main part of the castle was built in 1077. It was expanded throughout the following centuries. Many believe that the castle was not captured or destroyed because of its location on top of Salzburg. Inside of the fortress today, there is the Fortress Museum which is home to historic musical instruments, Roman coins, and collections of ancient weapons. Many exclaim that the views from this castle are some of the most beautiful and breathtaking in the entire world. 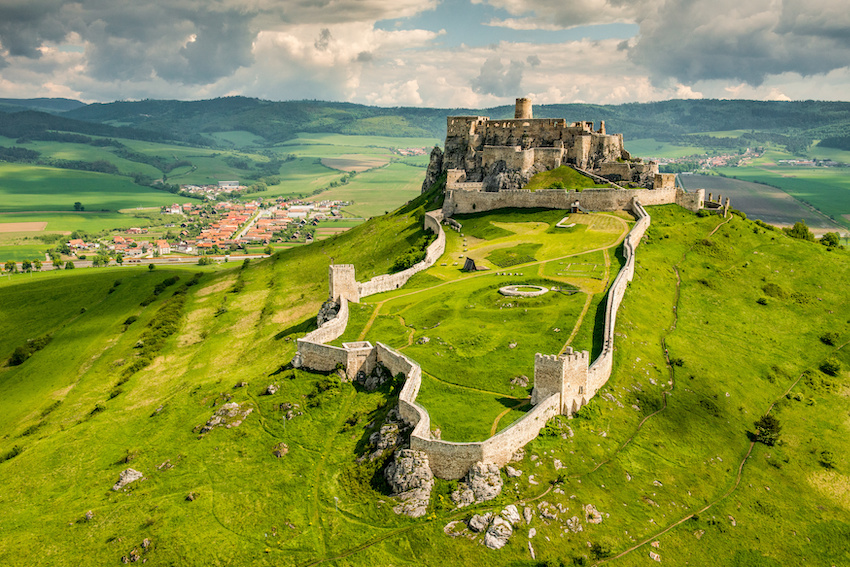 Spis Castle is the most popular castle in all of Slovakia and is among the largest complexes in all of Europe. The castle was first built in the 12th century, but that castle actually collapsed because of tectonic earthquakes. A new castle was resurrected in its place in the 13th century and remains standing today. They were anticipating Tartar incursions and built the castle to withstand these outside forces. The castle went from being a fortress to being home for Hungarian noble families for more than one hundred years. Sadly in 1780 there was a fire that destroyed much of Spis Castle. Today it is a UNESCO World Heritage site and a National Cultural Monument. 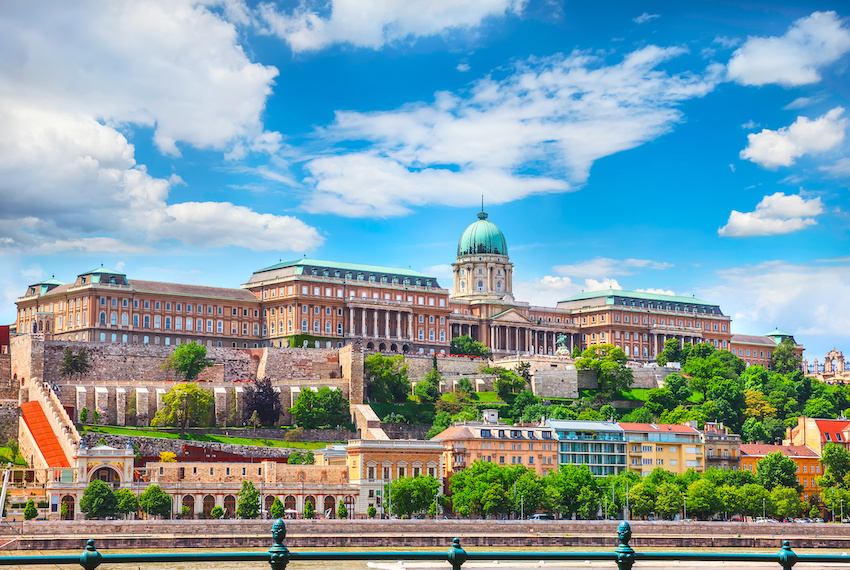 Buda Castle is situated in the amazing landscape of Castle Hill. This property was first constructed in the 13th century as a fortress to keep out invading Mongol raiders. Many years after it was first constructed it was fortified which was completed in 1265. Buda Castle has went through many renovations and construction over the years, most due to repairing the structure after invading forces have damaged it. However, today it remains standing and is home to many museums including the National Gallery. 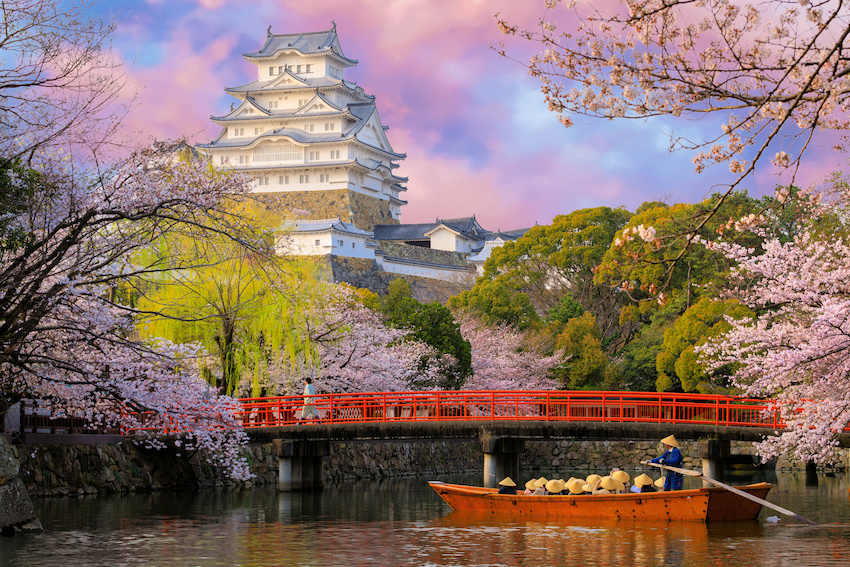 Himeji Castle is one of the best examples of Hyogo in all of Japan. It is one of the best examples of the oriental prototype of building structure. The castle is made up of a massive eighty three buildings and a protective fortress that surrounds them all. This castle was actually built during the feudal period in Japan. The structure is strikingly white which was supposed to be reminiscent of birds taking flight. It was built as a fort during the 14th century and expanded from there. All of the buildings that are currently standing were completed by 1609. There have been many natural disasters and wars that have taken place, but the castle has remained standing through them all. 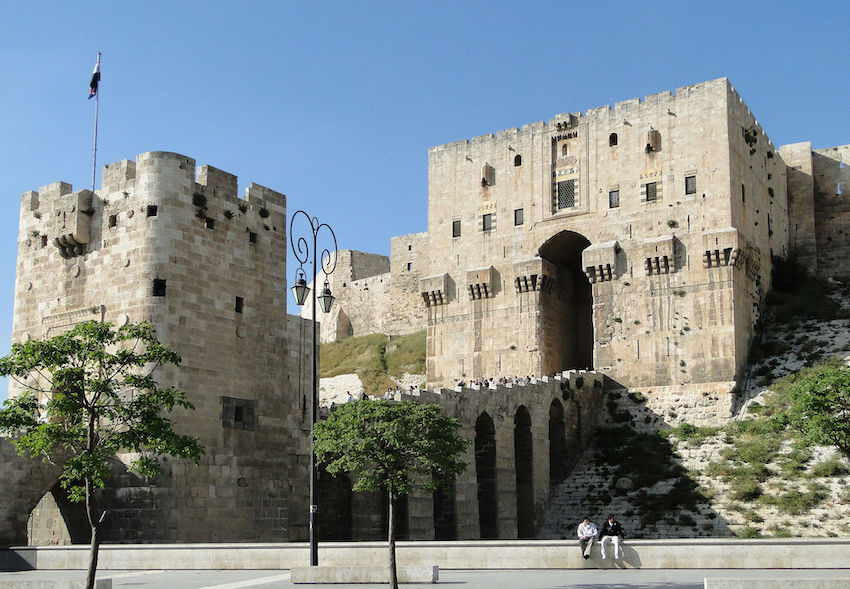 The Citadel of Aleppo stands fifty meters high in the Aleppo, Syria landscape. The castle was fortified during the Crusader era. The site has been used for many centuries. In fact, research suggests that the area has been a special landmark since the 3rd millennia B.C. It has been occupied by a wide variety of people: Greeks, Ayyubids, Byzantines, and Mamluks. The Crusaders also used the castle as a stronghold. It is one castle that has an intense history that can be dated back for centuries. 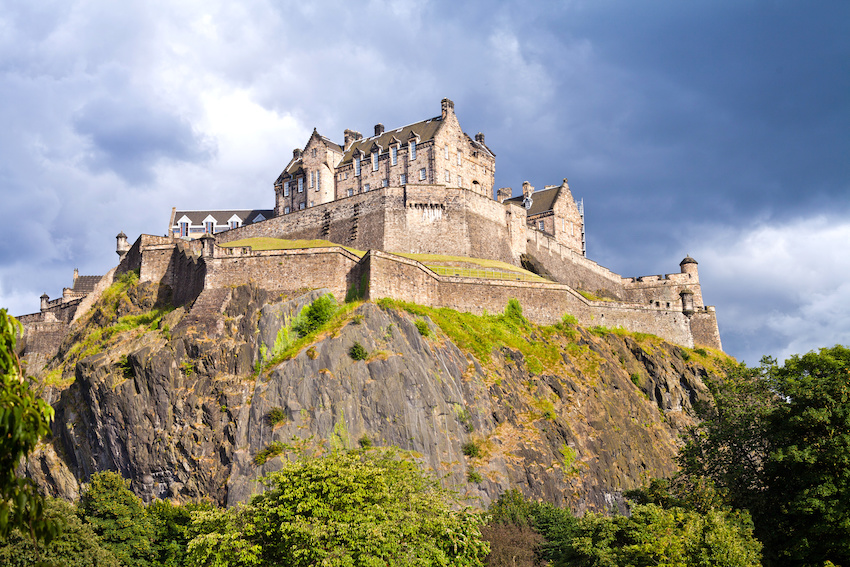 This castle is one of the first things that you will see when you are in Scotland, it really dominates the skyline. This castle predates the 16th century and is one of the oldest buildings in the country. St. Margaret’s Chapel is the oldest standing structure and dates back to the 12th century. While this part of the castle was built previously, the rest of the buildings were built during the 16th century. The name of this castle comes from “Din Eidyn” and this means “the fortress of Eidyn.” Tours are available to allow guests to learn about the rich history of the castle.

The Laxmi Vilas Palace is the largest palace in the entire world. This palace is actually a full four times the size of Buckingham Palace in England. It is home to many buildings and different wings of the palace. It is the most modern castle with completely modern amenities. It is one of the most impressive sites in the world and features a number of unique ways to visit and enjoy the sites. The royal family still resides here. Darbar Hall is sometimes the venue for cultural events and/or concerts. The courtyard is full of fountains. You can find lots of unique artifacts including old bronze,terracotta, and marble sculptures.

The Louvre is one of the largest palaces in the entire world. It was the official home of the royalty in France for more than three hundred years. It is located on the banks of the Seine River. Construction started on the palace in 1202 and did not end until 1989. Today visitors can check out the many exhibits including many art pieces that cannot be seen anywhere else in the world. 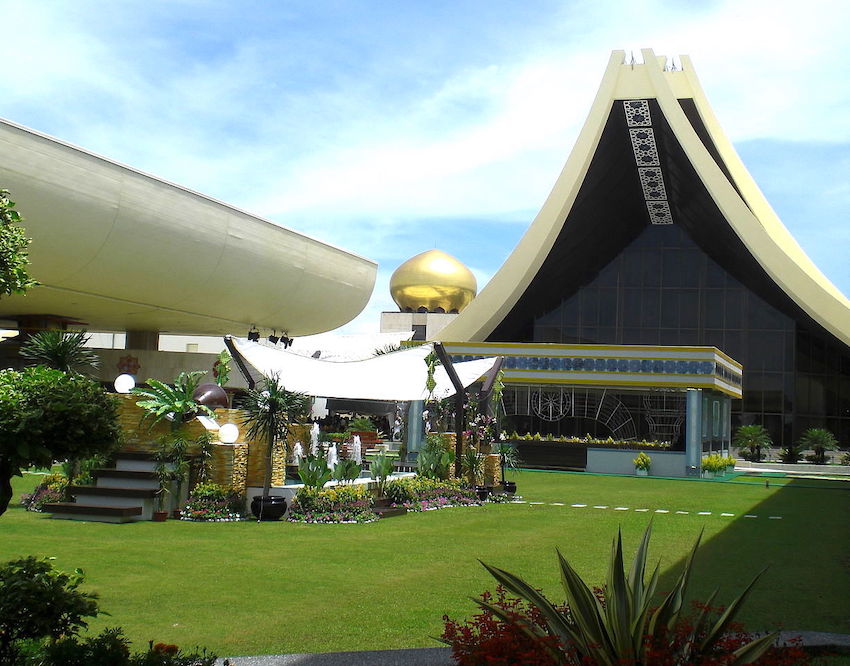 The Istana Nurul Iman is one of the largest palaces in the world. This is the official residence of the Sultan of Brunei. This palace is not always open to the public and is often only open for meet and greets where you can line up to shake the hands of the Sultan and the men of the Royal family if you are a man or the Royal ladies if you are a woman. It is located on the banks of the Brunei River. It is often thought of as most luxurious place in the world. It has one thousand seven hundred eighty eight rooms, a mosque which one thousand five hundred people can be in at the same time, and a banquet hall that can accommodate up to five thousand people at a time. The total floor area of the palace is two hundred thousand square meters. There are five swimming pools and a one hundred and ten car garage. 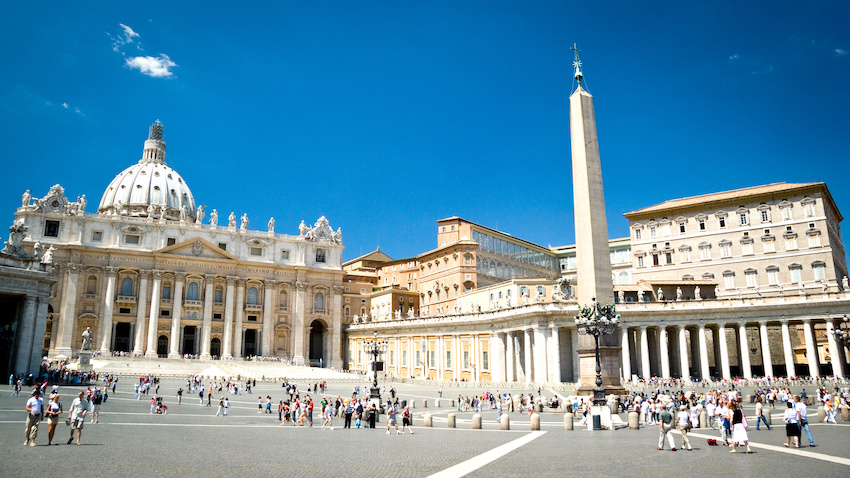 The Apostolic Palace is the home to the Pope. There are a few places that one can visit within Vatican City. One of these is the museum and the other is the St. Peter’s Basilica. Construction started in 1589. In addition to the museum, the library, and government offices. Vatican City is seen as a special place for Catholics and those who believe in Christianity. There are even special gift shops where you can pick up Holy Water that has been blessed by the Pope himself. 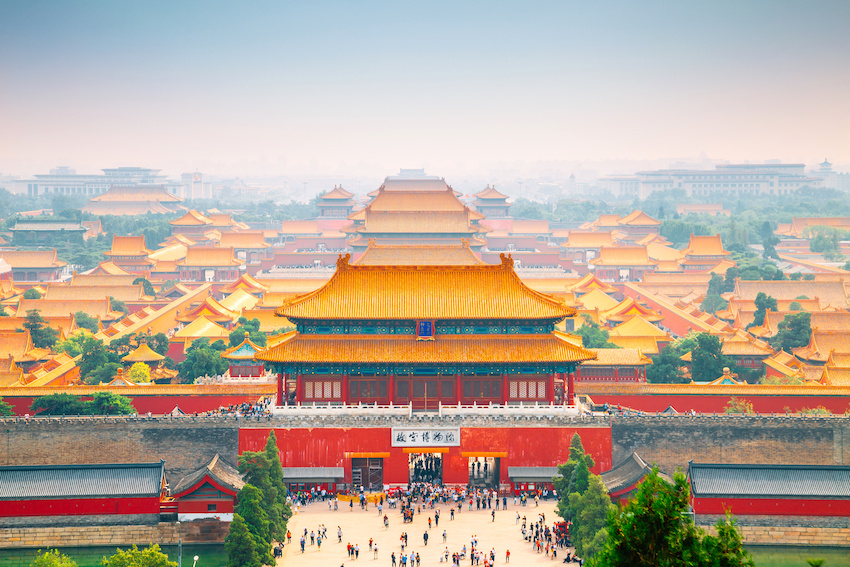 The Forbidden City is one of another UNESCO World Heritage SIte. It is considered one of the modern wonders of the world and is a site that everyone should see at least once. It was built during the Ming and Qing Dynasties where it was used as the center for the government and power. It is one of the largest palaces in the world. It is located directly in the center of Beijing. The palace complex features nine hundred and eighty buildings and it is actually the largest palace complex the entire world. In addition, it is the largest structure made of wood in the entire world. 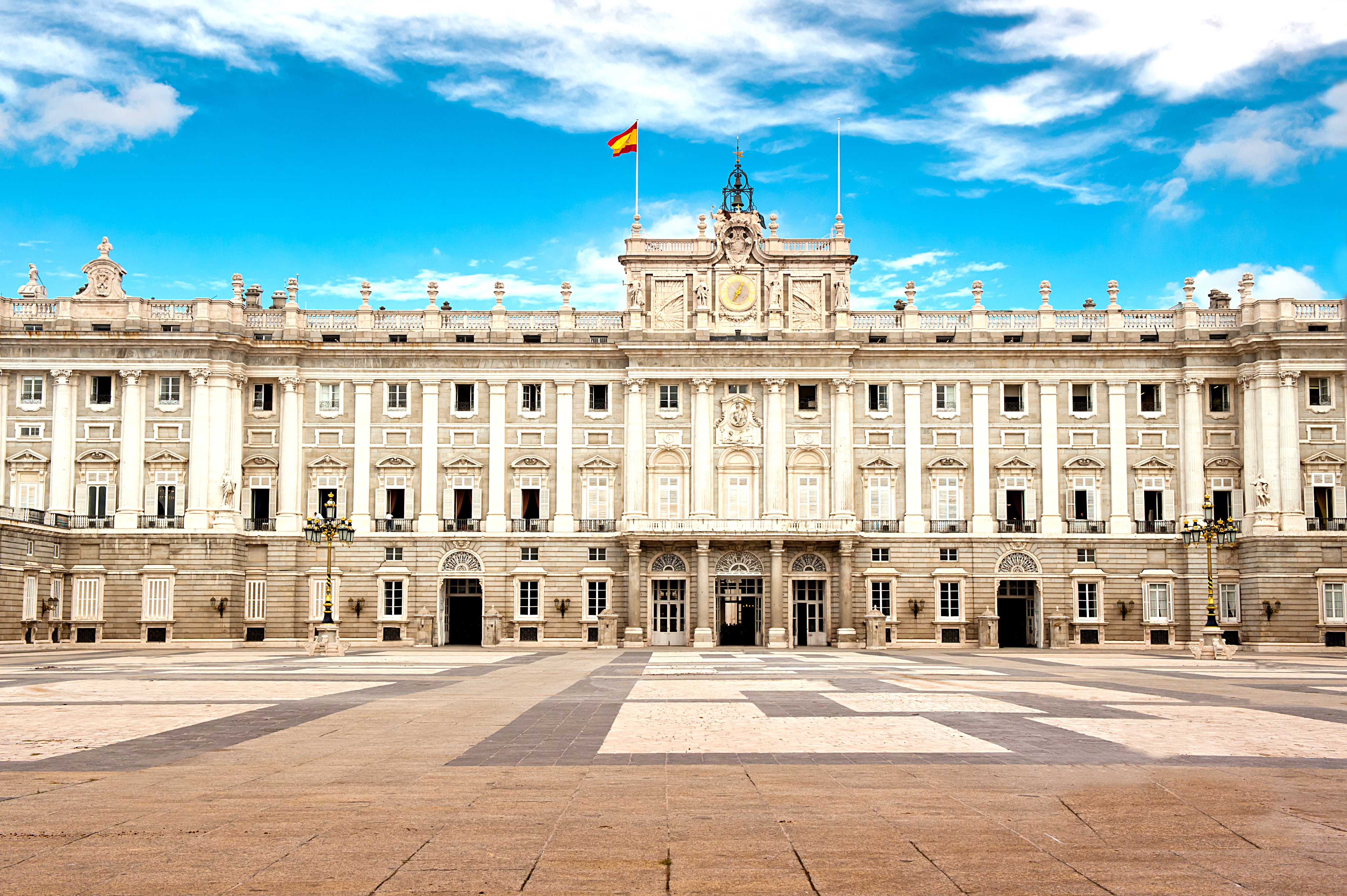