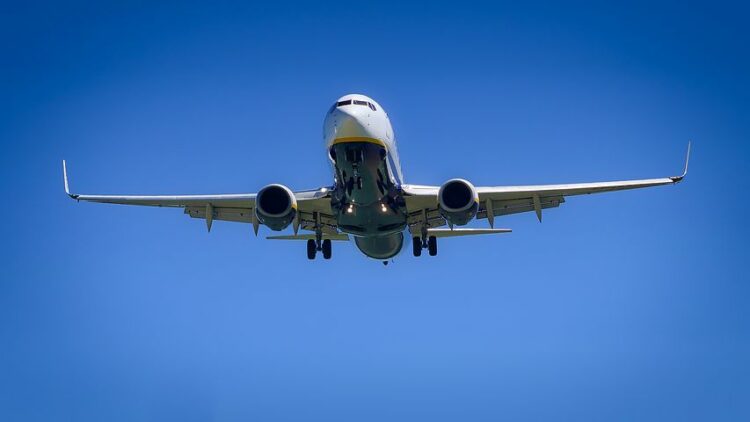 Ten of the Largest Airlines in the World

Written on January 2, 2021 in Travel tips by Axel Hernborg

Being able to find a great airline is something that most people strive for each time they fly. There are so many uncertainties that come with this type of traveling that there are definitely things that each person should consider, before choosing an airline.

One of the things that has been notable in the past ten years is that the steady flow of air travel has continued to grow.

In 2018, the global airline industry brought in almost $600 billion. Even with a recession affecting many parts of the world, airlines reported an 8% increase in profits, which means that more people were actually traveling than before (Tracy).

A few airlines have put themselves in the position to be considered the best airlines from around the globe. These are the top choices of many passengers and the airlines that you may want to familiarise yourself with if you have plans to travel the world.

Of course, there are many different ways in which you could consider the top airlines. Some choose to look at the number of flights that each airline offers or the number of planes that are a part of their fleet.

However, today we are looking at the largest airlines in the world by the number of passengers that they carry globally. 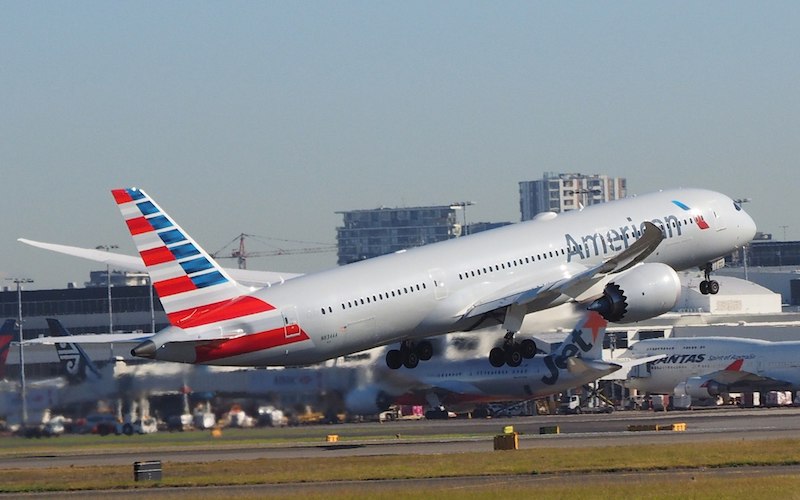 While American Airlines is already the most traveled airline, there is no reason to assume that it will not be dominating the airspace for years to come.

In fact, they have current plans to increase their air fleet by more than 100 aircraft, which means that they will be offering more than their current 6,500 annual flights around the globe (Misachi).

It almost ruined them, but instead, they have continued to rise from their past misfortune. Fortune Magazine even ranked the company as one of the best turnarounds in 2016 (Tracy). 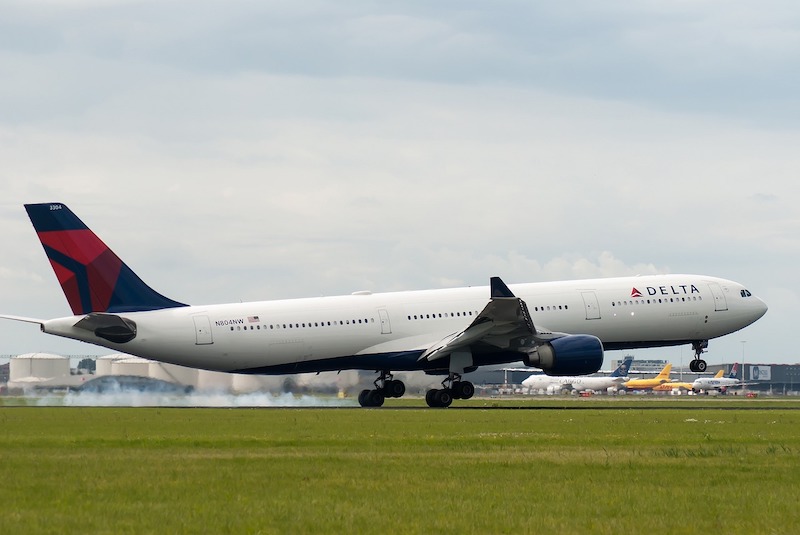 Delta is considered to be the world’s largest airline carrying passengers internationally to six continents and various destinations across the world. Delta’s headquarters is located in Hartsfield – Jackson Atlanta International Airport, which is one of the busiest airports in the United States and the world (Misachi).

Delta Airlines is the oldest airline still operating in the United States. This is worth mentioning because there is surely a reason that the company has maintained its customer base for so long.

The company continues to rank in Fortune Magazine’s World’s Most Admired Companies. In addition, Delta Air lines has ranked in many different surveys and polls as a top choice for many travelers (Tracy). 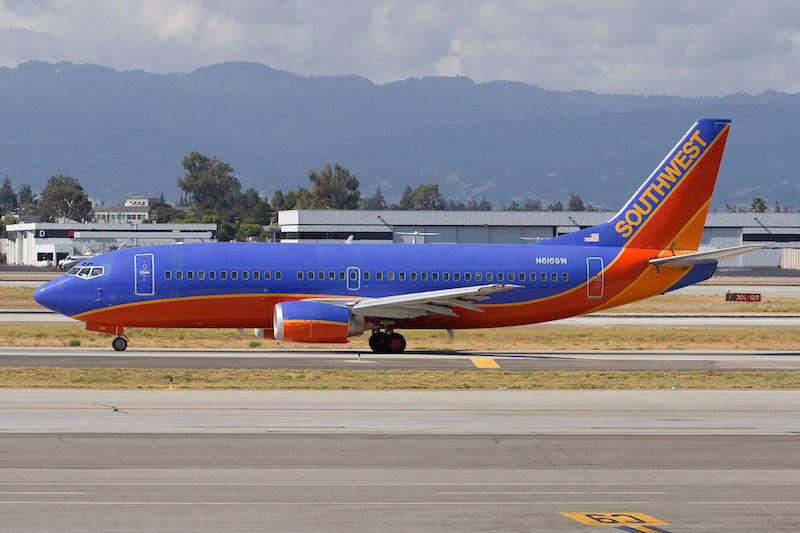 Southwest Airlines was founded in 1966 and had been growing ever since. Today, they offer flights to 101 destinations with aircraft flying to 40 of the states in America (Misachi).

One of the things that makes Southwest so successful is its unique business model, which deserves some attention. They choose to purchase only one type of plane for their entire fleet. They chose the aircraft model Boeing 737.

This allows them to cut costs when trying to outfit their planes as everything fits the exact same way inside. This also helps with cutting costs to service the plane and in being able to find qualified mechanics, as they only need to be experts in this one Boeing aircraft model (Fleming).

While they are not the number one airline, there are many things that they have done well. Southwest Airlines started as a small company in 1971, and since then, they have grown to be one of the top airlines in the entire world.

The company continues to see an increase in its profits and the number of passengers carried each year. Southwest has also been ranked as one of the Top 50 World’s Most Admired Companies by Fortune Magazine. The company has won many industry awards for its customer service, safety, and environmental standards (Tracy). 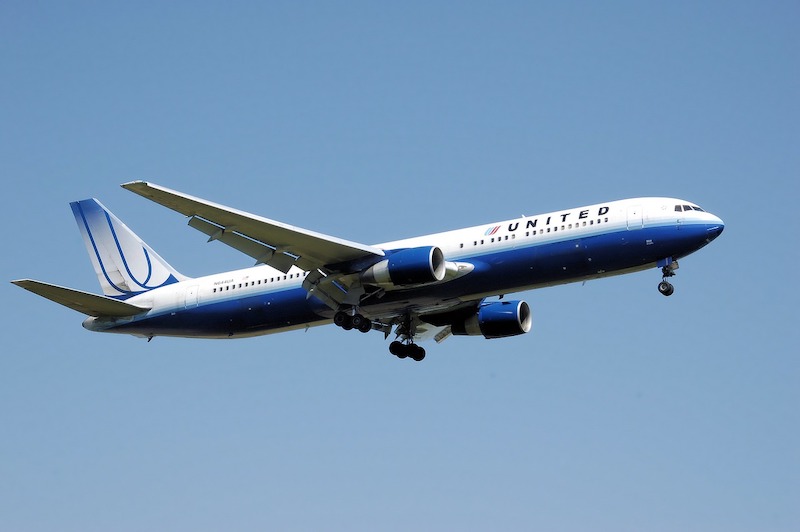 United Airlines was actually founded under the name Varney Air Lines in 1926. Today, they operate a fleet of 758 aircraft (Misachi).

United Airlines offers some of the most popular international and domestic flights in the United States. They are known for their comfort and being a great airline to work with if you have customer service issues.

One of the things that they are not great with is fares. United Airlines tickets are often more expensive than their competitors’, but their customer service is great enough that many people choose to only fly United.

One interesting fact about United Airlines’ past is that the flight attendants, at one time, were all trained nurses who were able to provide care if someone had an emergency medical situation while on the plane (Tracy). 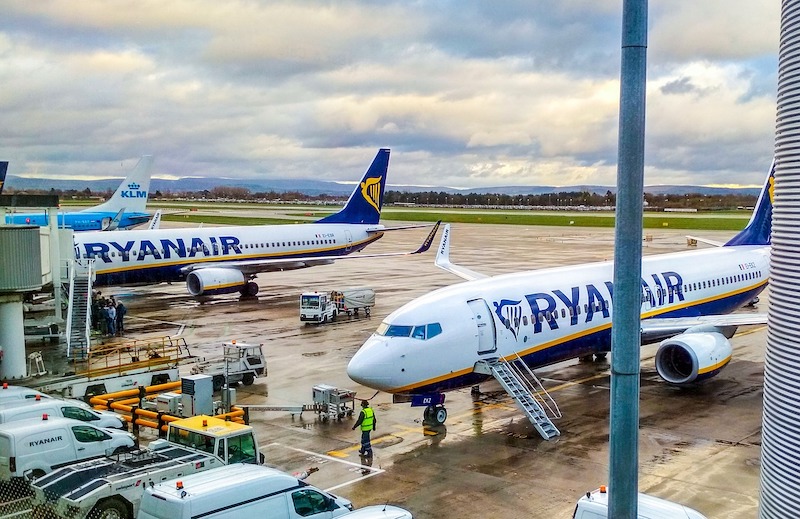 Ryanair is based in Ireland, and it’s the largest airline in Europe. Ryanair covers a lot of airspaces and offers flights to 34 countries, which are located throughout Europe, Africa, and the Middle East (Misachi).

Ryanair works to keep prices affordable and follows some of the other airlines on this list in that some of their practices have helped reduce the overall cost of operations. One of these is that they use mostly one model of plane, which helps to reduce the number of different expenses.

This airline has a mixed reputation. It is very ‘low frills,’ which means that you will not be getting any extras as they have cut all of those to keep the prices as low as possible (Levin). 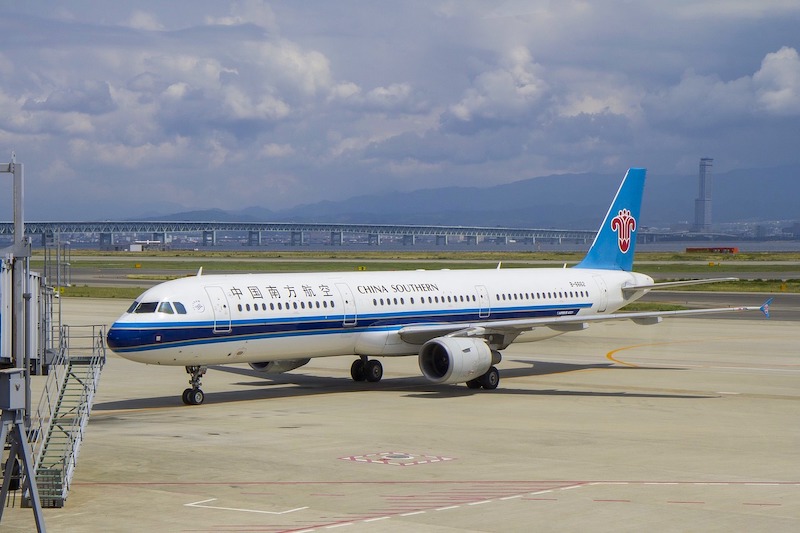 China Southern Airlines is the largest airline in China and the third-largest airline globally. They operate over 2,000 flights and offer services to 210 destinations in 35 different countries (Misachi).

This airline continues to grow each year, and it is expected to become the top of the major airlines globally. They are the number one airline in China and continue to offer good, high-quality flights to their passengers, which keeps them coming back.

The company has also won some awards in China. They have made it onto the Top 50 Chinese Companies list several years in a row. In addition, they were able to win the Stars of China Award in 2014.

They were initially part of China’s SkyTeam, which was an alliance of six different Chinese airlines, but they did part ways a few years ago (Tracy). 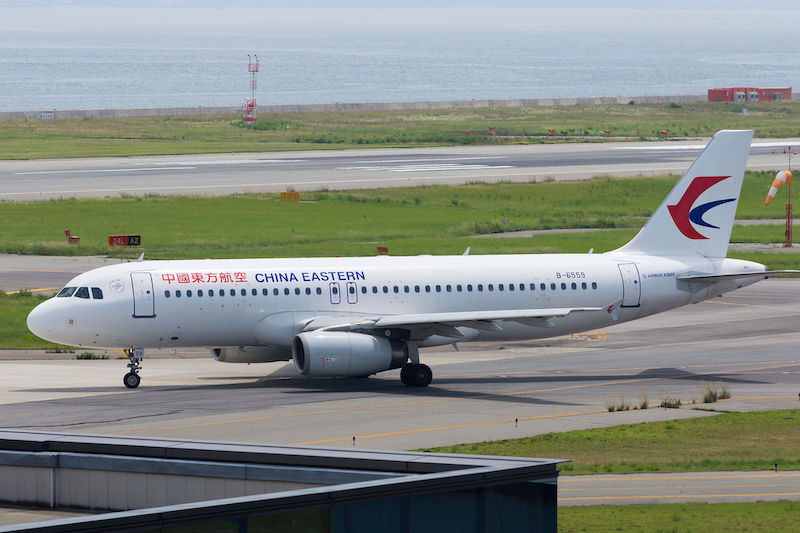 China Eastern Airlines is also owned by an airline group. It is a part of the SkyTeam alliance between airlines. Customers love the comfort and special perks they get with the airline that makes flying comfortable for anyone (Deepika).

There have been a few recent complaints about China Eastern Airlines in regards to safety. In fact, it has been reported that the staff does not seem to take safety seriously and that they do not adhere to the safety regulations that they are supposed to (Levin). 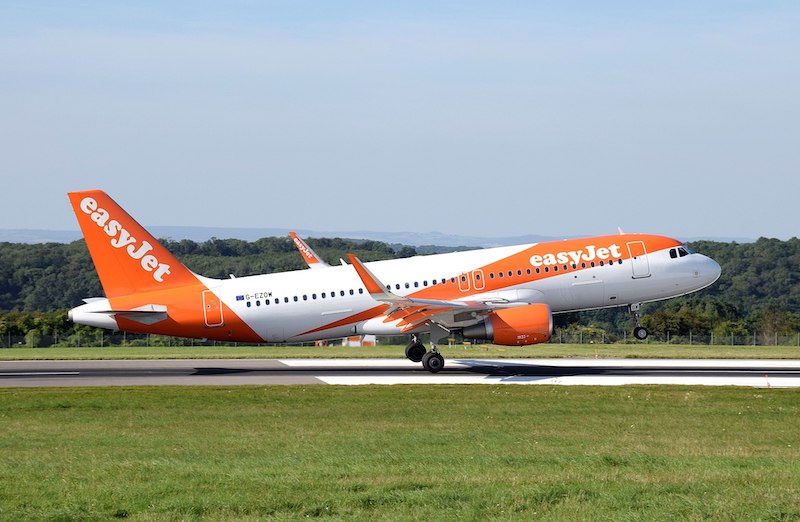 easyJet is the largest airline in the United Kingdom. It offers services to over 30 countries and is Europe’s second-largest airline.

The company was started in 1995 (Misachi). One of the things that sets easyJet apart from other airlines on this list is that they are an economy airline, and most of the other airlines are full service.

They work to ensure that flights are efficient and prices are fair. This airline continues to grow in strength and is getting bigger each year, which means that it is one airline that could begin to climb up the list, becoming a more popular choice.

This airline started at the right time and was able to grow quickly because it remained small and affordable when other airlines were merging and becoming more expensive (Levin).

Thinking about travelling with famous airline? Don’t miss the chance to find out if there are any easyjet voucher codes and deals available at the moment. 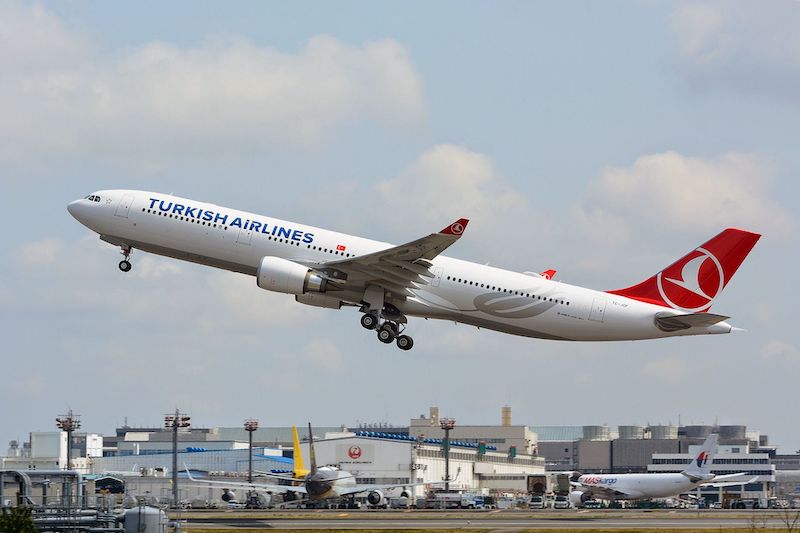 Turkish Airlines is the largest airline in Turkey, but they also fly worldwide. This airline has been around for more than 85 years, but it was a small company for the majority of these. Today, this company flies cargo planes to 73 countries around the world (Misachi).

Turkish Airlines is one of the best choices for those who want special perks and advantages to make their air adventures more comfortable. Customers love the experience that they have with Turkish Airlines.

Plus, their lounge is known for having diversions that will make you forget that you are waiting for a plane. However, even with all of these perks, the airline does not offer a first-class seat. Instead, you must simply choose between business and economy seats (Levin). 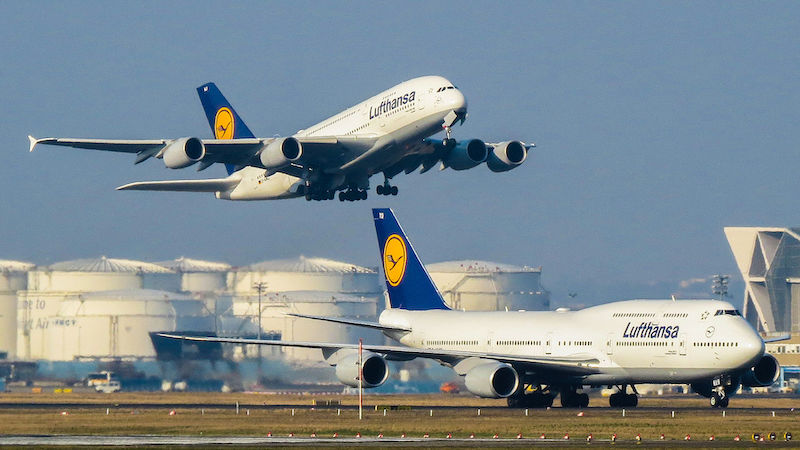 Lufthansa is the largest airline in Germany. They were actually one of the founders of the Star Alliance Group, which also includes United Airlines, Scandinavian Airlines, Thai Airways, and Air Canada (Misachi).

Lufthansa is another airline on the list that was actually a merger of two separate airlines previously. Lufthansa was created during the merger of Deutscher Aero Lloyd and Junkers Luftverkehr.

After World War II, in 1945, the company was actually forced to stop operating. The company reopened in 1953 but was not able to resume flights until after 1955.

The largest airlines in the world gain this title through various tactics, but one stays the same – these are the companies that are the most popular amongst passengers around the world.

Whether you’re flying domestic or choosing one of the international routes, traveling with one of these companies will get you to your destination. And using our promo codes will make this so much sweeter!